Today we share photographs by Charlotte Dumas of privately owned dogs who were mobilized, with their owners, to search for victims of the Sept. 11, 2001, attacks. They are now retired. 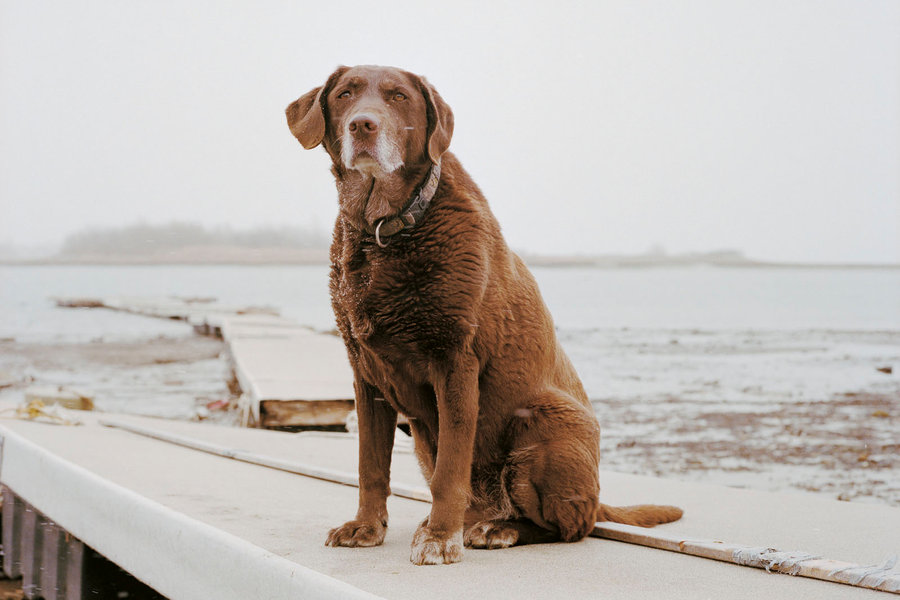 Moxie, age 13, Winthrop, Mass. She arrived at the World Trade Center site on Sept. 11 and began working the next morning. Though she is trained to find survivors, she identified six bodies and many body parts during the eight days she worked there. Since her owner retired her at age 7, she has hunted and spent time on the waterfront. 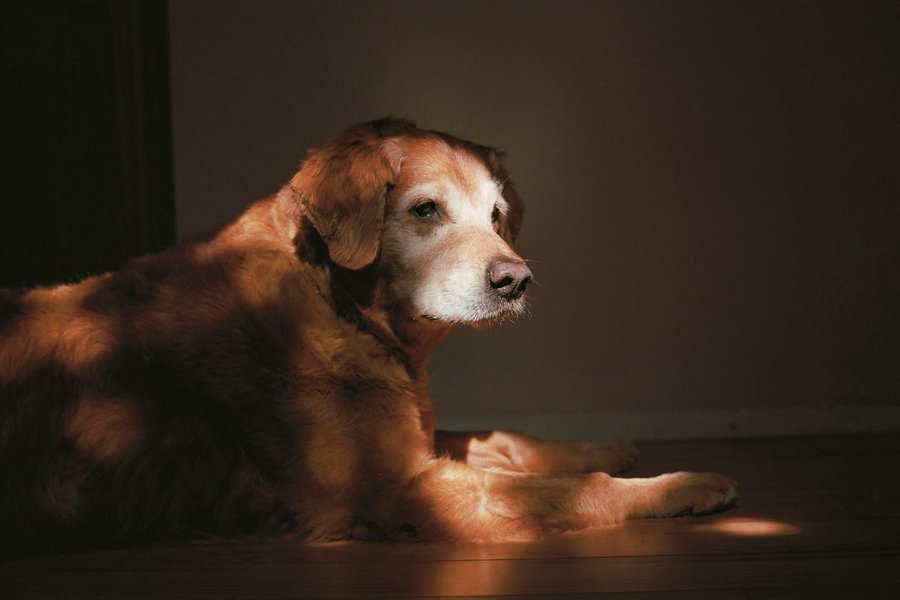 Orion, age 13, Vacaville, Calif. He worked at the World Trade Center for five days after the attacks and later participated in searches for missing hikers in the High Sierras, at elevations of as much as 12,000 feet. Orion’s owner says that the dog ‘‘loved the work. His purpose in living was doing search and rescue…

Huntsman Lilla Mason and the hounds at Boone Valley.

WE saw our first hedge apple of the season this morning on the way to the barn–surely they’re showing up prematurely this year? Possibly. It seems early for hedge apples (or horse apples or Osage oranges, if you prefer), but it’s certainly very late for a hound blog update. Central Kentucky was in the grip of drought for most of mid-summer, but, thankfully, now that drought and the hound blog post drought both have ended!

The houndbloggers’ summer has been eventful, and some of those events–like the ones shown below–have contributed to our absence from the blog;

As the hedge apples are telling us, now we’re on the brink of fall, and that means the hounds’ summer walks are gaining a sense of urgency as hunt season approaches.

Iroquois huntsman Lilla Mason has been walking on foot with the hounds, rather than on horseback, and her focus has been on keeping the hounds’ attention and reinforcing the all-important connection between huntsman and hounds. That reinforcement is always part of summer walk, but it’s developed a little more urgency this year as Lilla prepares the working pack–and some of its more potentially willful hounds, in particular–for the arrival of the young lions, the HA litter, who will join the working pack this fall for the first time.

Hounds and horses enjoy a shady respite during their walk.

“When I’m on foot, I can touch them to reinforce the connection with that individual,” Lilla said. “When I call them, they have to come back to me and look me in the eye and reestablish that connection. If I’m on horseback, it can be a little bit more difficult to do that because I can’t touch them. Sometimes those things, like massaging their backs or touching them, gets them more relaxed. On horseback, sometimes when you call them and they come back, a second later they’ll turn around and still be looking at the far-off place where they want to be. If I can touch them, they’re not as quick to just check in for a biscuit and spin around and go back to whatever they were doing. When I touch them, you can see them relax and it’s like they’re saying, ‘Yes, I’m with you.’ It’s fun to watch.”

As with students in a classroom, some hounds find it a little harder to pay attention, especially when delicious scents are tempting them. Hailstone (a veteran hunting hound, who, despite his name, isn’t one of the young HAs), Gaudy, Gaelic, Starbuck, Stride, Bailey, and Barwick have come in for special attention in recent weeks. So, too, has the winsome Bangle, though her issue is relatively minor. (You might recall Bangle for her love of moles, now happily outgrown and detailed just below the final video near the bottom of our Oct. 12, 2010, post)

“Bangle’s only problem is she’s not getting the ‘get behind’ order very well, but if I don’t fix that now, every time I come to a jump out hunting she’ll be busting ahead and hopping over the jump, and then she’s under my horse’s feet,” Lilla explained. “She should have known that from last year, but she sort of gets behind and then squirts out of the group.”

The HAs, meanwhile, have been a piece of cake. They spent much of the spring training for the Virginia Hound Show, which paid off handsomely. “They’ve gotten everything down,” Lilla said. “Here’s the problem we’re addressing now as we approach hunt season. Some of the third- and fourth-season hounds have been there, done that, know it, want to go hunting and are great hunting, but they’re not as disciplined as I need them to be. It’s harder for them, because they’ve hunted before and they know the country. Some of the older hounds, like Baffle and Bonsai, they know we’re still on summer walk, and come hunt season they’ll change. When we start hunting, they’ll be out there pushing. But the aggressive males in the list I gave you, they’re just jealous and I lose their attention because they’re reactive to each other.

“Last season, I tried to never put this group together,” she added. “I always split them up. But there might come a hunt day when I have to put them together because, for whatever reason, those are the hounds we have to  use that day. Maybe we’ve had a really hard Saturday and somebody’s in the heat pen, and maybe I’ll have to take these out together. And it’s a lot easier to address their jealousies now that it would be on a hunt day.”

Hound jealousy, a competitiveness or personality conflict between certain hounds, can cause a practical problem for a huntsman. As hounds compete with one another to find a line, they can pick up speed and momentum, blowing through coverts too fast instead of working cooperatively with each other and their huntsman. Hunting can be very fast indeed when a pack is on a run after the speedy coyote, but to find that coyote’s (or fox’s) line, it takes careful, methodical work. And that means being slow enough to have a real sniff.

“That’s the problem: they’ll pull me through coverts,” Lilla said. “They’ve been pulling me on hound walks, and that’s what they’ll do in coverts, just blow right through it and out the other end, and that makes them difficult to steady on their noses and go slow. Especially during cubhunting (the early, informal part of the season that starts the hunting year in early fall), I want to go slow because I want the puppies to learn to learn to be slow and methodical, to take their time and put their noses down. If I’ve got these jealous, type-A males running on ahead, the puppies naturally are going to go with them, and that’s what they’ll learn to do.”

Some of the pack’s type-A males, like Gaelic (center) have had some issues to iron out on summer walk.

For now, Lilla has been keeping the HAs and those “type-A” hounds apart until she feels the latter group will not be too racy an influence on the newbies. On their own hound walks, the HAs have so far shown a lot of promise. “They’ve been comporting themselves beautifully on hound walk,” Lilla said. “I feel like I have the control and attention I need, and they’re relaxed. they’re ready. They’re prepared. But as Jerry (Miller, joint-Master of the Iroquois Hunt) said, ‘You’re only as good as your least biddable hounds.’ Even if you have 15 couple out and 13 are biddable, the two couple that aren’t can make you lose them all.”

An interesting side note about one of the type-A males Lilla mentioned: Bailey, one of the highly successful BA litter (half-siblings to the HA litter who will be in their third season this year), was one of the first of his litter to “switch on” to hunting as a youngster in his first season back in 2010. He and Backfire were both on the muscle early, though Backfire has proven more attentive to the huntsman recently.

The hounds’ individual personalities are important, but as Lilla said: “Come hunt day, nobody can be an individual. They have to work together.”

Ironically, the best way to achieve that seamless pack is to work with hounds individually, which is why this summer Lilla has been taking out smaller, separate groups out on hound walks rather than lumping the whole pack together for a single walk. And she’s happy to work on smoothing out these personality conflicts in small groups now, because she finds the alternative–more aggressive whipping-in to a larger group–unappealing.

That can scatter game, and it also has the effect of punishing or putting pressure on the whole pack for the infractions of a few overly aggressive hounds.

Betsy, Lucy, and Janie keep an eye on the hounds.

The type-A hounds have responded well to their summer work. Instead of pulling too far ahead of Lilla or fanning out too far, they’ve been packing up well around her. A big test came on Saturday. A squall line blew through the night before, leaving cooler, damp conditions on Saturday morning as the hounds poured out of their trailer at Boone Valley. In those improved scenting conditions, and even with coyote-rich Pauline’s Ridge as a backdrop, the type-As held together and showed a lot of discipline to resist whatever wafting scent might have tempted them away.

It’s not too long before we will ALL be tempted away from our daily cares to follow the hounds out hunting again! We hope you’ll stay tuned.