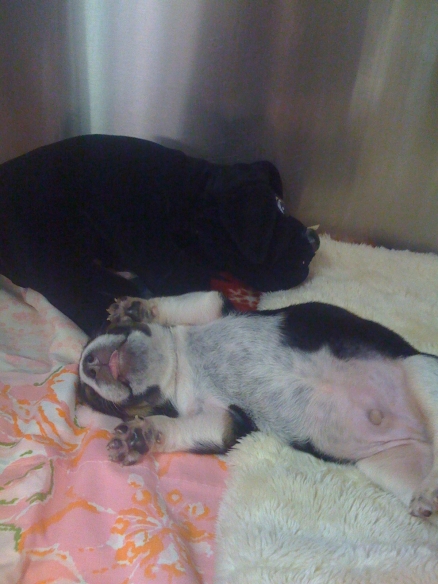 Driver, brand new in May.

WE found this picture of Driver taken back in May, and it made us marvel at how fast puppies grow! (Mind you, Driver was a pupposaurus from the moment Dragonfly gave birth to him.) This great photo gave us an idea, to catch up with Driver again and see how he’s doing and how much bigger he is now.

This was harder than we thought. Our volunteer photographer, feeling lucky, stepped into the fenced paddock with Driver, who immediately tackled him: “HI! WHO ARE YOU?” So we can tell you in no uncertain terms that Driver is still huge for his age. What came next were futile attempts to get Driver to pose for a photograph, the plan being to show a sort of before-and-after set of photos to illustrate how he’d matured over the last several months. Ha. Even with kennelman Michael Edwards trying to help, Driver proved to be too energetic that day for our photographer–who gets points for gameness–to catch an ideal shot. In the end, we figured the failed photos showed more about the rambunctious Driver than a perfect portrait ever would, so here are our attempts to catch him as he leaped up to examine the camera and sniff the photographer, goofed around, and generally behaved like the big puppy he is. What can we say? It ain’t easy being the pupparazzi. 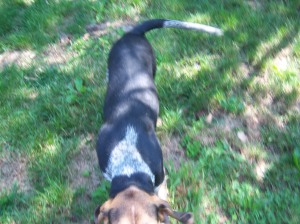 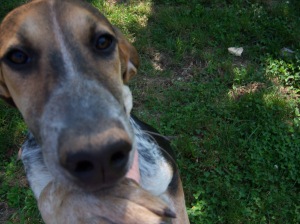 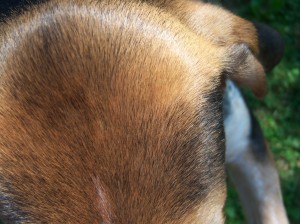 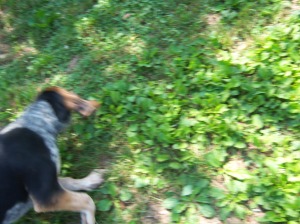 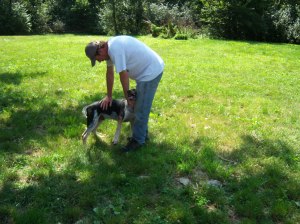 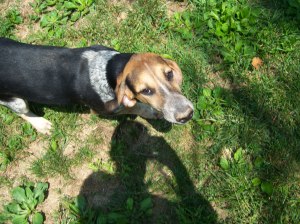 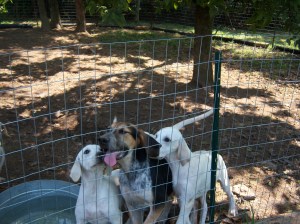 Driver gets the last laugh ... but at least we get a decent picture!